Welcome to the romantic world  of flamenco, Spanish guitar, paella, dancing horses and bullfighting!!  Spain's region of Andalucía is made up of eight provinces, stretching from the south-east to the south-west of the country, each province is named after its capital city: Cádiz, Córdoba, Jaen, Huelva, Almería, Málaga, Granada and Seville.

Andalucía - and specifically the provinces of Málaga, Granada and Seville - is without doubt, one of the most popular tourist destinations in Europe, thanks to its incredible year round mild climate boasting over 320 days a year of sunshine, endless sandy beaches, beautiful countryside, awe inspiring mountain ranges, amazing historic monuments and high-spirited people who live life to the full and are well known for their exuberance, warmth and hospitality as the many 'ferias' and 'romerias' held throughout the year demonstrate!!

Andalucía steals the heart of thousands of visitors from all over the world, many of whom return to make it their home.

But perhaps the most unique feature of this enchanting region are the remnants of its Moorish past. The Moors were a mixture of Berbers and Arabs who crossed into Spain from North Africa by the Straits of Gibraltar and occupied the peninsula - which they called Al Andalus - for more than seven centuries, dating from 710 when they first landed in Tarifa. Within a mere four years they had virtually conquered the entire country, although they soon withdrew to the southern part of the peninsula, where they established, in the towns of Córdoba, Seville and Granada, one of the most sophisticated civilisations of the Middle Ages.  Each of these Andalucian capitals boasts spectacular remains of their monuments, the most unforgettable of which is, undoubtedly, Granada's Alhambra Palace. 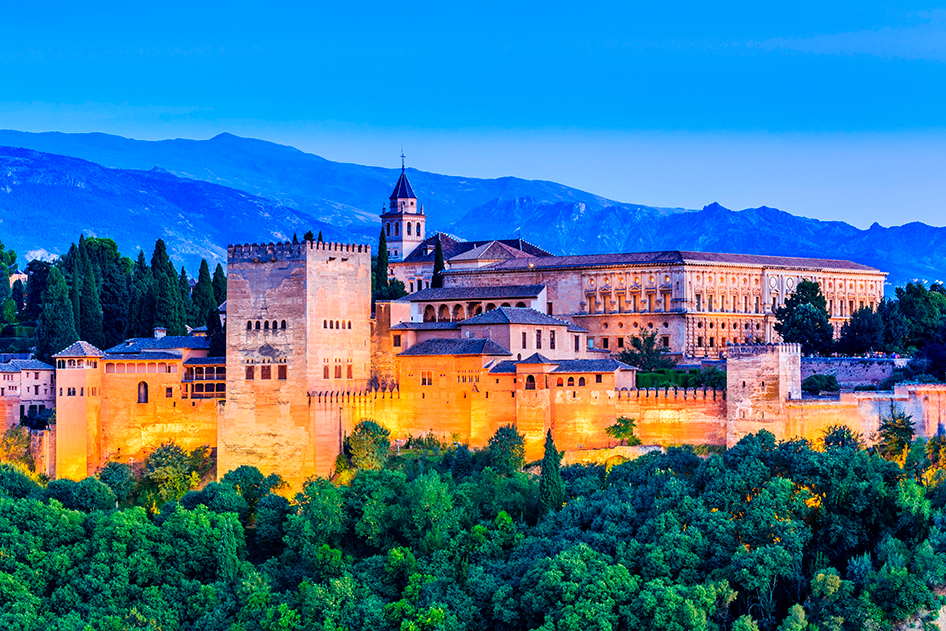